At first, it was just curiosity, and after some time, it became an addiction. Some say that it’s okay to make mistakes, especially when you’re young. They say it’s the point of being young. What Raychelle Cassada Lohmann Ph.D. said was true enough: “Sometimes the desire to try drugs is a satiated need to satisfy curiosity.” She adds, “These youth often convince themselves that one time won’t hurt anything, or better yet, they tell themselves, “everybody else is doing it so why can’t I?” They feed themselves lies to justify their unhealthy behavior.” But sometimes, the youth should learn from people who say otherwise, particularly their parents, about grave mistakes that are not worth doing. 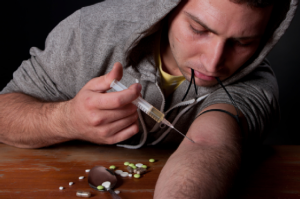 Drugs are not something that you try just for curiosity’s sake. They are human-made substances meant to ease pain or treat certain illnesses that have side effects. If people use drugs for other reasons, it can cause considerable problems in one’s over health.

People, especially the youth, are fragile emotionally. There are complex challenges that can sometimes break them. When a person feels broken, and there’s no support from the immediate people in his life, chances are he would seek comfort from other available means such as drugs. Romeo Vitelli, PhD., supports this by saying that “Along with emotional issues and peer pressure, the easy availability of drugs and alcohol are always going to be a concern for parents and teachers.  Recognizing the link between psychological distress and polydrug use can provide better options for stopping problems before they can start.”

As a parent, the welfare of your teen is your absolute duty. You are obliged to do everything in your power to save him from everything that will cause him harm even if he doesn’t understand it yet.

What Are The Alarming Signs Your Teen Is Using Drugs?

As John Noteware, LSMW, emphasized the role of a solid support system in handling teenage drug use/addiction problems. He said, “While it is imperative for a teen addicted to drugs or alcohol to submit themselves to addiction therapy, their family and closest friends are often needed for emotional support during times of anxiety and depression. This support group is a necessary component for the ongoing battle of staying off of drugs and alcohol..”

Remember what they used to say about instinct? Well, parents have that too. You, as a parent, should know your teen better than anyone. You know his every breath, and it shouldn’t be hard to tell if there’s something odd about him.

What Should You Do When You Find Out Your Teen Is Using Drugs? 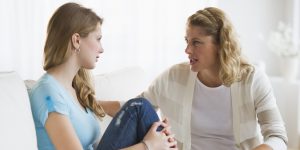 As a parent, you naturally want to deal with the problems of your child on your own. Try your very best to help him overcome his drug addiction, and if you are quick enough, he may be just on his way towards it. When all else fails, there are various people, agencies, and organizations who are willing to help parents deal with this kind of teenage behavioral problem.

What Are The Severe Medical Conditions Acquired Through Drug Use?

Today, when illegal drugs are prevalent and uncontrollable, parents should be more cautious when it comes to their children. You should never allow drugs to be a part of your child’s life because drug addiction is a challenging battle to win. It may take some time, or tragically, it may take a lifetime to fix, consuming the life out of everyone in the family.

Drug addiction is a definite example of the well-known statement “Curiosity Kills.” Yes, curiosity can definitely cause death! So make sure that your child focuses his intereston things that will help him develop as an individual, not things that will cause his concealed failure.