Dating A Domestic Abuse Survivor: What You Should Know – Part 1

You may have heard that pretty lass who had been kept inside the house for too many years is now available and on the market. You may have also heard she has been through lots of abuse, of possibly different kinds, and you look to be her Prince Charming; the man to defeat all those fears for her.

According to Toby D. Goldsmith, MD, “While abuse can happen to anyone, women are by far the most frequent victims and men are the most frequent abusers. The U.S. Department of Justice estimates that 95 percent of the assaults on partners or spouses is committed by men against women.”

But how do you deal with such girls who had been through so much, sensibly? Such women have to deal with a swirling mass of destructive aspects such as anxiety, feelings of unworthiness, PTSD, depression, and many more, depending on the severity and the length of the abuse she suffered. The culprit may have been long gone from her life, but the scars, physical and otherwise, may still be evident. How do you deal with all of this, you may ask?

Survivors, friends, counselors, and Cognitive Behavioral therapists got together to discuss a guide to dealing with a victim of domestic abuse if you are planning to be romantically involved with one. As they found, there are a variety of ways one can deal with the partner’s trauma 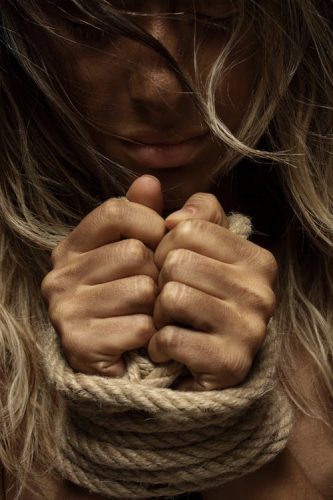 “Women who seek help for abuse by an intimate partner start in their own denial and minimization of the abuse they’ve endured—particularly psychological abuse that’s hard to see. To be hurt by the one they expected to care for and love them is almost unbearable to own,” wrote psychotherapist Carol A. Lambert, MSW.

Alicia Raimundo, an online mental health counselor, tells partners of abuse survivors to let them know it’s okay to feel weak; to take all the time and space needed to heal. You need to tell her that she is validated, and shower her with validation, while also supporting her to the utmost of your abilities. Ask her for what can help her right now, and be prepared to do such.

Catastrophic thinking, defined as an excessive mulling over the worst-case scenarios of anything crossing her mind, can be experienced by many, if not all survivors of domestic abuse. Because they lacked the primary care they were due growing up, they are more prone into thinking for the worst, and much more vulnerable to being consumed by fear and anxiety, being fed an unhealthy diet of such over the years.

Recognition is the first step to dealing with such self-destructive thinking, says Dr. Lindsay Gerber, a Licensed Clinical Psychologist employed at the Mount Sinai Adolescent Health Center. She recommends survivors to think about what they would do if their best friend/partner were in their shoes.

Sometimes, your presence, in any form you can muster, can be the difference, be it physical or online. You should turn off all judging and be receptive to the victim. Actively lookout for what they need. Listen to them, and let your responses be devoid of all judgment, partial or otherwise. Watch out about asking too many questions, or offering physical affection, such as hug or touch, may avert the victim and be counter-productive to the process, according to Dr. Doug Miller, Ph.D., Licensed Clinical Psychologist, Forensic Trauma Expert.

Going through trauma can make victims feel all alone — much of the survivors that talked recounted feelings of isolation confined, or lonely. Ben, 26 years old, and a survivor of domestic abuse says that the most helpful people in recovery are those who hear you out and focus on you only – what you experienced, and nothing else.

Sam, who 18 years old, has a close friend who survived sexual and emotional abuse – she related that the key to effectively aiding an abuse survivor is listening.

“Given the myriad of reasons victims do not leave their abusers, it is important to raise awareness of community resources, in the hopes that more victims will know where to go for help,” said Wendy L. Patrick, JD, PhD.

The blog next week will be a continuation of this write-up and will talk more about Domestic Abuse Survivors.