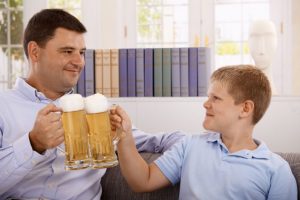 “Like father like son,” so it shouldn’t be a surprise if a child takes after his father. Mine did, or almost if I didn’t do something. I had to give up on him for my son’s sake, but I have to say my husband made it easy for me. He wasn’t the best dad or partner either, so leaving him was not really difficult. Yes, it was painful, but in the end, it was worth it.

Garreth and I were together for 12 years. He was a drunk even before we met. He drank thrice in a week back then, and I thought that was normal. We were 19 then, so people at that age would typically party.

My mom never liked him. She said he didn’t seem to have a plan, but I thought she was just overreacting. “For heaven’s sake mom! You’re overacting! It’s not like we’re going to get married,” or so I thought.

After two years of dating, we finally decided to get married, and it was a grave mistake to not talk about our future. Garreth was supposed to be an engineer but decided to dropout of college to be an entrepreneur. He said he had friends who would want to put up a bar with him. I never wanted that. I didn’t think it was appropriate for him anymore. But I loved him, so I supported him all the way. Maybe I shouldn’t have. 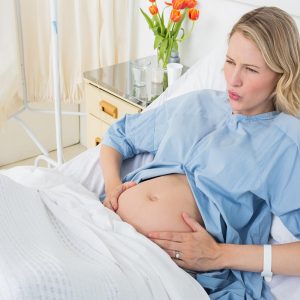 On the night I was at the hospital, waiting to give birth. I woke up and couldn’t find him, so I called him on his phone. You wouldn’t believe where he was at and what he was doing! I mean, I knew he could, but I never thought he would! He was out with his friends drinking again, and no he was not having an affair. I mean who would leave his wife in the hospital, right? He said he just needed a drink. “Are you serious! You’re wife’s about to give birth, and you need a drink! I need to kill you!”

Our son, Martin, turned four, and although I was starting to feel miserable, I stayed. I loved Garreth that’s why I was hopeful that he’d change. “People change!”

Ten, eleven, twelve years later, he was still the same. What’s worse is he’d turn on Martin when he was drunkand apologize the next morning. He was a different man when he was not drunk. He would cook dinner and drive my son to school. It’s like he was evolving into a violent creature when he got too much alcohol in his system.

I had a call from Martin’s teacher one day. She said he’d been skipping classes for a while. He used to be a good student, but now he’s failing. I didn’t know what to do, so I tried to tell his father. He was so angry that he hit Martin in the head then exclaimed, “What’s wrong with you!” Then Martin just looked at him, but I knew that look on his face. It’s as if he was saying, “What’s wrong with me? You! You are what’s wrong with this family! You’re drunk! You’re violent! You hurt Mom and me!”

One night, Martin came home late. He walked familiarly, and it broke my heart. He was drunk walking like his father, and he was stinking with alcohol. I knew right then I had to do something. I had to make a choice. 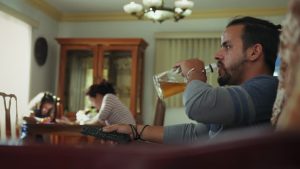 I talked to Garreth and told him I wanted a divorce. He was shocked but then too proud that I wasn’t going to do it.

“You think I won’t do it? Oh, you’re wrong! I’ve spent half of my life waiting for you to become the man you should be, but it seems you have never moved on from the life you had 12 years ago! You are not the man I want my son to be! It’s either you start growing up and be a proper father to your son or lose us!”

He was stunned and speechless.

I don’t know what it is with alcohol, but he didn’t choose us. Maybe he wanted to but couldn’t help it. I’m not sure. I filed for divorce,but it hasn’t pushed through yet. Every night, I still think about him. I miss him, yes, but I am wondering how a man can just throw away everything including his family for a drink. Is it worth it?If there’s one thing I am sure about, it’s the decision I made. I took the courage to stand up for my son and fought for his right to a healthy environment. Yes, he had a drunk father, but I refuse to have a drunk son.