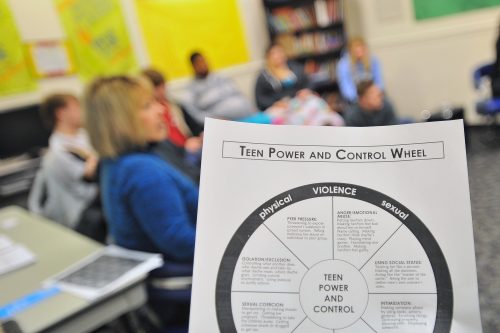 Witnessing and hearing news about teens berating and bullying helpless people without any sign of guilt or remorse is disheartening. This goes to show that this pervasive and atrocious behavior, which creates disrespectful and rude teens, has indulged its way into this generation and is somehow getting worse.

With the increasing number of kids who parade ill behavior, how can you, as parents, save them from becoming another person’s antagonist?

When teens become mischiefs, who should be blamed? Some of the viable reasons why children incite trouble are:

According to psychotherapist Sean Grover, LCSW, the changes in a teenager fuel their emotional instability “[T]eenagers go through a dramatic transformational period driven by biological and psychological maturation, hormone imbalances and irregularities in brain development.”

When Parenting Becomes A Nightmare

The moment your child steps out the door and walks into a whole new environment, that’s the time you’ll see changes start to arise, whether it’s negative or positive. Delving on the negative aspect, any form of insolent behavior like arguing, name-calling, bullying, cursing, yelling, and ignoring, is a warning sign for parents that control and restrictions should be set in motion. Other red flags to watch out for are “losing interest in previous hobbies or activities, or expressing hopelessness about the future,” said licensed clinical psychologist Laura Athey-Lloyd, PsyD.

If parents really want to curb their children’s inappropriate, unacceptable behavior, they first need to be firm about their convictions and be patient and understanding enough to allow their children to unlearn their wrongdoings and grow into decent and respectful individuals.

When teens become disrespectful, it’s usually due to inadequate problem-solving skills and their insufficient knowledge of how to be a more decent and respectful human being. Incorrect behavior is learned; therefore, it can be unlearned. Though it may take a couple of wrongs to make it right, the important part is your teens are trying their best to correct what they did with the hopes of not doing it again. 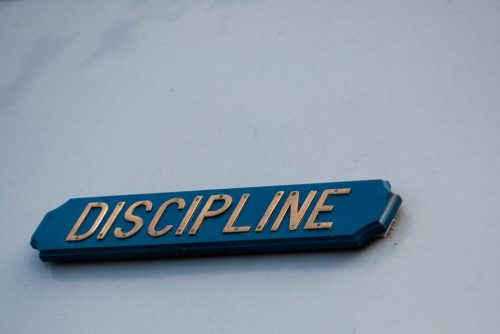 Inevitably, in the process of managing teenage misbehavior and setting some limits, they will be resistant and apprehensive, and that’s okay. After all, it’s your responsibility as a parent to talk some sense into your kids and correct inappropriate behavior. Here are three fundamental rules when handling disrespectful teens:

Rule 1: Assume The Role Of A Teacher

Parents are indeed children’s first teachers so be one. Make it your duty and primary goal to teach your teen pleasant and humble demeanor without compromising the management of frustrations towards specific teenage issues. Aside from being a teacher, you should also assume the role of a coach and a limitation setter.

By being a teacher, you instill knowledge of proper manners. By being a coach, you encourage and support the taught manners and applauding them when they did well. Lastly, by being a limitation setter, you create restrictions or punishments when they continue with their evil deeds.

“Settle for reasonably optimistic goals and work toward them,” Michael Karson PhD, JD, reminds parents. “If every achievement only leads to a newer, more difficult goal, we are bound to fail, both the helpers and the teen.”

Whatever happens in the remodeling of your teens, stand your ground. Be equipped or prepared as to how your teen will react – mostly negative. And these adverse reactions will not happen just once but multiple times and that’s what you have to anticipate. Upon starting your absolutions, just leave the room signifying that you have the last words inside the house and that they have to be followed. As much as possible, avoid any power struggle because teens will have a rebuttal to every instruction you give them. Always know when to draw the line in dealing with rude behavior appropriately.

Rule 3: Be Consistent And Determined

Do not falter, do not fail. If you are aiming for a better outcome for your teen, you have to be consistent and determined in managing their bad manners. Teens are smart. Once they see the opportunity to sneak past your limits, they will grab the chance to do so. On the other hand, once they’ve realized that you are just doing this for their own good, they will accept the limits wholeheartedly and will eventually open up to the idea that they need to change for the better. So just be persistent and hope for the best.

As parents, you have to remember that correcting bad manners is intended for raising children to properly function and interact with the outside world responsibly, without the fear of getting into trouble just because they can’t establish a decent relationship with their co-workers, bosses, and friends.