Raising My Daughter And Her Daughter 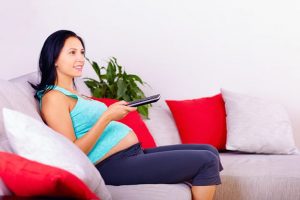 It’s hard raising a child, let alone having no one but yourself. I am a single parent of my beautiful 16-year-old Andy. Her dad left us right before she was born, so it’s only the two of us ever since. I had her when I was 16, and now, she is going to be a mom herself. Andy is seven months pregnant, and the doctor said it’s a girl. I know we should be celebrating life, but there’s a part of me that breaks every time I think about what she will go through.

Every night, I would sneak into Andy’s room and watch her sleep. I couldn’t believe that the little girl who I used to sing a lullaby to is going to be a mom. I see her bump while she lays sideward, and I can’t help but cry.

These past few days, I’ve been thinking. What have I done wrong? What could I have done differently? Why? I mean, I’ve been struggling myself, and I’ve taken the path she’s taking! For mothers, the last thing you want is to see your children suffer. I don’t want this life for her that’s why I’ve been working so hard just to give her a better life.

I don’t know what to do right now. I just want to reach out to parents who have daughters like me. I just want to say these words that I wish I heard and knew some years back: 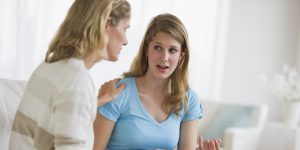 Don’t be scared of your daughter. Some moms are hesitant to be straightforward and strict, thinking it might scare their daughter away. It’s okay to show love, just make sure that you teach her to respect you too. Show her that you are in charge and that you know and want what’s best for her.

It’s okay for her to get mad at you. Let her be. Anger is a part of life, and don’t change your mind just because she’s upset. If she wants to go to a party which you know is not a place to go to, don’t feel guilty for saying no. Let her be upset. She’ll realize one day that you’re only protecting her.

Never Yell At Her

If she did something wrong, discipline her in a way that she would understand. Talk to her calmly but authoritatively. Make her understand the gravity of her actions, and make her realize the consequences.

When she makes mistakes or reveals something that other kids did to her, don’t overreact. Don’t show her your overwhelming emotions. Yes, we are willing to start a war when someone messes with our children, but keep it to yourself. Handle the situation like a grownup, and make sure to stand up for her no matter what.

Don’t expose her weakness to the world. Don’t make her see you disappointed about her in front of anybody. It will make her feel alone and insecure. The only time you do this is when you have already given up on her which is never.

We make rules for a reason, and you are the mother for a reason. Don’t hesitate to implement them just because you think you’ll be too strict. As long as you know it’s for her wellbeing, never change your mind about giving her guidance.

Say What You Mean

No is no. If you set rules about grounding your daughter, make sure that you adhere to it. Don’t make any exceptions unless reasonable, like when she comes home late, and you’re supposed to ground her. Ground her!

Make Her Believe You

Gain her trust and faith by being someone she wants and hopes to be. If life is challenging, show her that you’re not afraid and that you’re strong enough to take it. Don’t appear lost and out of control. Never drink in front of your daughter. She may think it’s okay to act out just because you do.

Know everything you should about your daughter. Get to know her friends, where she goes when she’s not at home and school. You have the right and obligation to know all these things. Make sure you don’t do it too nosy though.

Food and shelter are not her only needs. She needs to find her talents and skills, and you’re going to help her find that. If you see some singing potential in her, enroll her in a singing class or whatever class she prefers. Make her feel she’s more than just a responsibility and that you want her to be the best that she can be. 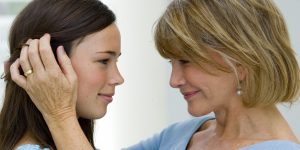 Above everything else, be your daughter’s friend. Make her feel safe around you. Don’t gossip her around to your friends or neighbors. There’s a big chance they don’t care, and it will only make her feel uncomfortable about being around you. Remember that fake friends do that, and you’re supposed to be her best friend.

I know it’s a lot to remember, but that’s the point of being a mother – to know all these things! And she is just too young to do all these. She should be finding herself and enjoying life. If I could take back the time, I should have done all these, but since I cannot, for now, I’m just going to cry for a while but be a mother again tomorrow. I’ll make sure that she won’t make the same mistakes I did. After all, she can still be the best – the best mother that she can be.