Truancy Can Cause Failure In Life 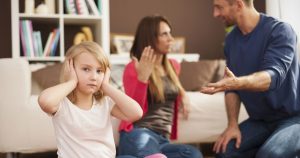 Are you having problems with your child? Is he skipping class and failing? These are common concerns of parents of an adolescent, but what is it with this age that makes some children do things that are somewhat hard to understand? You keep on coming up with answers until you have none left but “He’s a teenager, that’s why!”

Truancy is something that you just don’t ignore. According to Joel L. Young, MD, “Children who are truant from school don’t want to go because they’d rather do something else—and they often concoct complex schemes to get out of school.” As parents, it is your duty to deal with it in a manner that the child would understand the consequences of his actions.

What Could Be The Possible Outcomes Of Truancy? 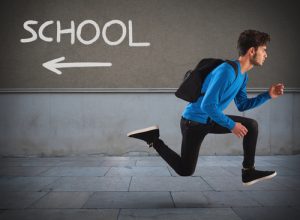 Truancy is a serious adolescent behavior problem. Some may think it is normal, but truancy is also lying which breaks trust. If a child is capable of doing so more than once without feeling guilty, parents should need to do something!

What Are The Reasons Why Some Children Are Truant?

“Truancy is a critical problem with potentially short- and long-lasting negative consequences at both the individual and the societal level. Hence, identifying potential risk and protective factors is a relevant task. Earlier research has shown that both individual, family-, and school-related conditions play a role for students’ inclination to play truant,” says Joacim Ramberg, PhD. 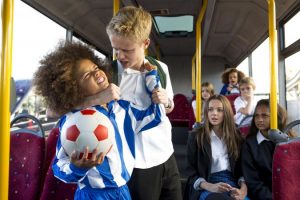 The family is a vital element determining one’s identity, specifically the adolescents. It is where their values, morals, and character are formed. It is essential that the family, particularly the parents, are aware of this. They should know that whatever the behavior of their child is, it started at home, so they should be the one to figure it out.

They could seek the cooperation of the teachers, friends, neighbors or anyone who influences their child. They could also ask for professional advice from people who are knowledgeable in dealing with adolescent behavioral problems.